Whilst researching the history of the Achnacloich Fold, I compiled a list of seventy-four stock bulls, used for a time, which were either bought or homebred.

In pure monetary terms, the stock by Prionnsa 4th of Leys (6792) brought in as much as any bull.  But it was as much a reflection of the height of interest in the Breed at the time, as it was of the bull’s ability as a breeder.

The late Thomas E. Nelson’s favourite bull was Calum Seoladair of Smaull (4245). Again, at that time, the Breed was going through a revival at the time his offspring were exposed for sale, but he was by all accounts a most consistent breeder and blended with the Achnacloich females particularly well, especially those sired by The Highland Show Champion of 1937, Prionnsa Buidhe 2nd of Kilehamaig (3795). This bull had bred particularly well for Mrs Lees-Milne of Ardachy before coming to Achnacloich. 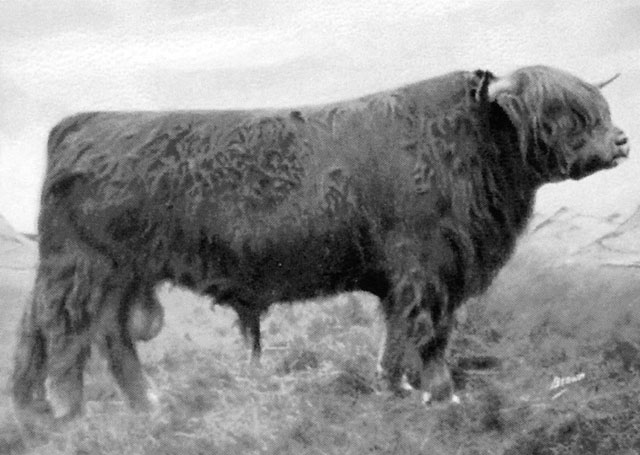 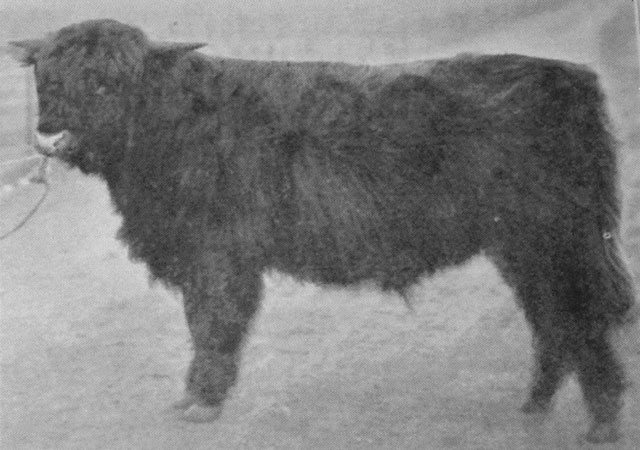 Another highly regarded bull of the early years was the 1928 born Ossian V of Southesk (3566) Sired by one of the very best Atholl bulls, Ossian Ban (3176).

The bull bred by Miss Hall of Tangy, Royal Ernest (3252), born 1921 was also one of the best breeders and left a lasting impression on the Fold. The first stock bull, Malachie (1870) born in 1902 bred by the Earl of Southesk, K.t. was a son of Calum Riabhach 2nd of Atholl (1325) who won the President’s Medal for the Best Highland Animal at the Highland Show in Kelso in 1898.

Of the bulls used most recently, Donald Ruadh 3rd of Glenogle stands out. Champion in Oban in 1982 where he was purchased for 850gns by Mrs Violet de Klee of Achnacraig, Isle of Mull, he bred exceptionally well and became Mr Niellie McKechnie’s (the manager) pride and joy. On my many visits to Ardachoil, I would always be asked if I would like to see him? Donald Ruadh would be there in the field at the back of the steadings looking majestic, having probably received some attention prior to my visit. How Mrs Nelson and Angus MacGillivray managed to commandeer his services is still a mystery to me. But the fact that he was going to a good home probably played a part. 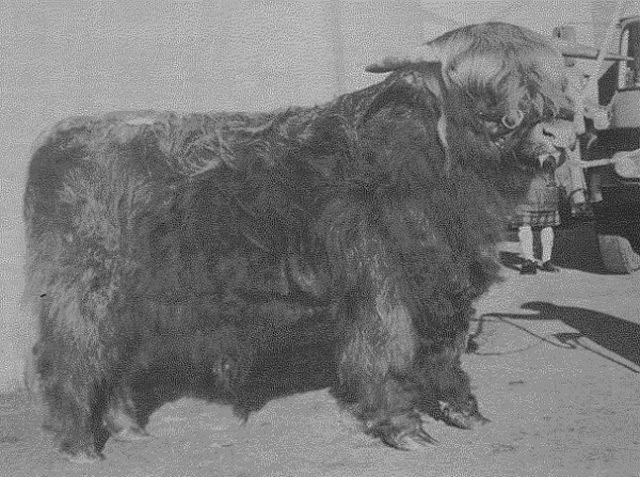 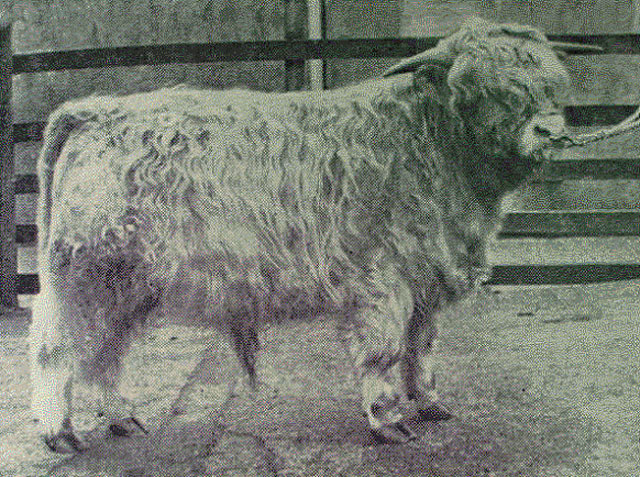 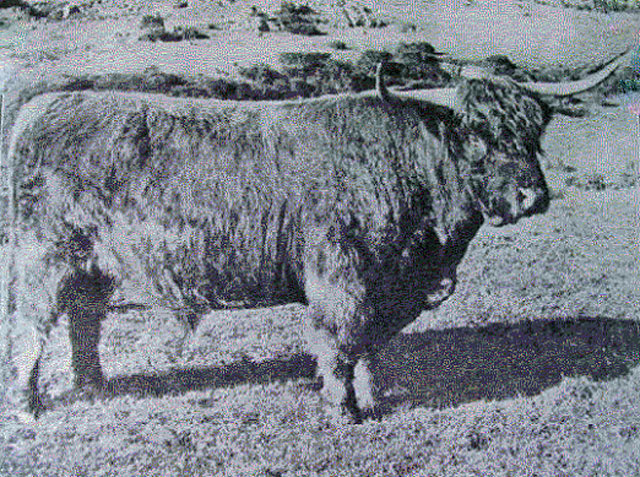 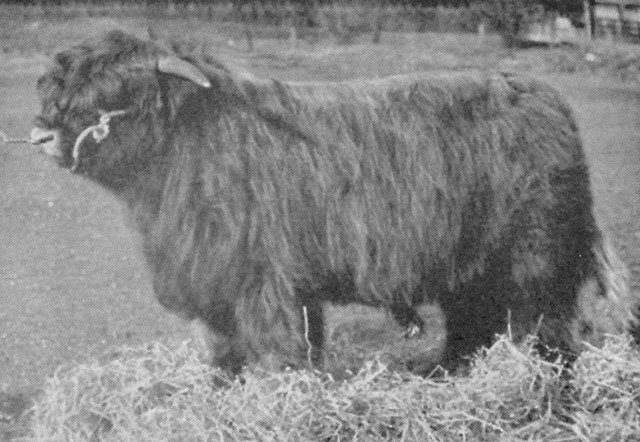