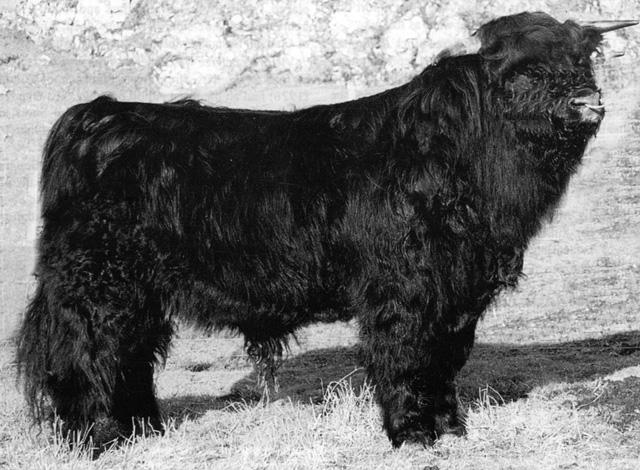 There is a saying that everything comes to he who waits; in the case of Black Highland Bull champions at the annual show and sale in Oban, we have to wait one hundred years and the breed enthusiasts who on the 21st of February 1901 watched the Black Ardtornish bred bull Victor XXII lift the Premier Award are alas gone, and now tend their Highland Folds in “Tir Na n‘Og” (“land of eternal youth”). The press report that appeared in the Scottish Farmer went as follows:

“The trade of Highland Pedigree stock during the year has been very satisfactory”.  Many representatives of the breed have gone to England as Park Rangers, lending a beauty all of their own to the landscape. The highlander is also highly estimated as a butcher’s animal. The report went on to add that 109 bulls were disposed of with prices slightly down on the year.

In third place stood the seven-year-old yellow bull Duke of Leon (1232) bred by the Earl of Southesk K.T. It was in the class for two-year-old bulls that the black cattle came to the fore, with Ardtornish Fold first and second. In first place stood what many at the ringside considered to be the finest black highland bull ever exposed for sale in Oban. Victor XXII (1600) which was sold to Mr. Willison for £50 who was buying on behalf of Lord Willoughy de Eresy, Glenartney, Comrie. Vicotr XXI (1599) was placed second and made £41 to Mr. Newton of Glencripesdale, whilst the Marquis of Breadalbane’s Schiehallion 2nd (1740) took third place; this red bull went to Mr. Archibald Turner’s Kilchamaig Fold for the top price of the day, £75.

Mr John Walker, Balliemore, Kilcheaan, was first for bull stirks with the brindle Calum Riabhach of Balliemore (1644), which was sold for £29 to Mr. McDonald of Dunnach. Mr Thompson of Eigg gave the top price for bull stirks of £41 for Maraiche Ruadh (1721) bred by John McDonald, Duntulm, Skye.

The averages on the day were as follows:

The Champion Bull Victor XXII (1600) was shown extensively during his two years at Glenartney, being placed third at the Highland Show in Inverness in 1901, and won a similar position at the same show the following year in Aberdeen. He returned to the Oban spring sale 1903 and stood second in the aged bull class to another Ardtornish bred black bull Victor XVI (1427).

In third place was the light yellow Gille Ban of Farr (1679), shown by Mr. Frederick Morgan, Glengorm, Mull. On this occasion, Victor XXII (1600), was bought for £59 by Mr. J.R. Campbell of Shinnes, Lairg. Due to the Shinness Fold dispersal Victor XXII (1600) returned to Oban yet again in spring of 1904, was placed 1st in the senior bull class and found a new home on Loch Awe-side with Lieut-Col F.C. Lister Kay of Cladich, Dalmally where he was used extensively.

Victor’s pedigree was a blend of the very best cattle at that time. His Sire Ailean Riabhach of Atholl (1926) had all the finest Atholl breeding. His Dame Te Buidhe (1379) stood first at the Highland Show in 1889 as a three-year-old heifer, as did her mother Te Riabhach (35) in 1879. 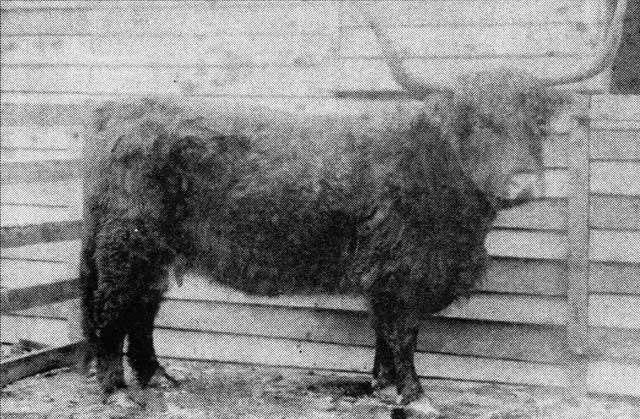 Te Riabhach (35) aged 14. Bred by the Duke of Athole, K.T. and the property of the Earl of Southesk K.T.
Winner of the 1st prize for Three Year Old Heifers at the Highland and Agricultural Society’s Show at Perth in 1879.

This line traces back to the Breadalbane stock bought by the Duke George of Atholl at the Breadalbane dispersal sale in 1863. It was at this sale that the once renowned Atholl Fold bought its best foundation stock.

Te Riabhach’s (35) sire was the highly regarded “Ensay” bred brindle bull Sgiathanach (489), who was used with great success in the Atholl Fold and later in the Fold of Duncan McDermid, Camusericht, Rannoch. Sgiathanach gained First Prize at the Highalnd Show in Inverness in 1874 as an aged bull, and the Gold Medal at the same show in Aberdeen in 1876. The quality of the stock bred by Mr. J Duncan, Bemore, Kilmun, known as the “Sugar King” (He made his fortune importing sugar), was such that his red bull Victor (828) and the light dun cow May Queen (158) fourth at the Highland Shown 1881-82 feature strongly in the pedigree of Victor XXII (1600).

It was in 1887 that Mr. T. Valentine-Smith purchased most of the Benmore stock to strengthen his successful Ardtornish Fold,  situated by the side ofLoch Aline in Morven. The story is told of how all the Benmore cattle left the Holy Loch by boat sailing by the Sound of Bute up Loch Fyne and through the Crinan Canal, on through the turbulent Sound of Jura and up the Firth of Lorn, until finally they were off loaded at Ardtornish pier in the sound of Mull and gradually made their way along the shore of Loch Aline to their new home at Ardtornish. 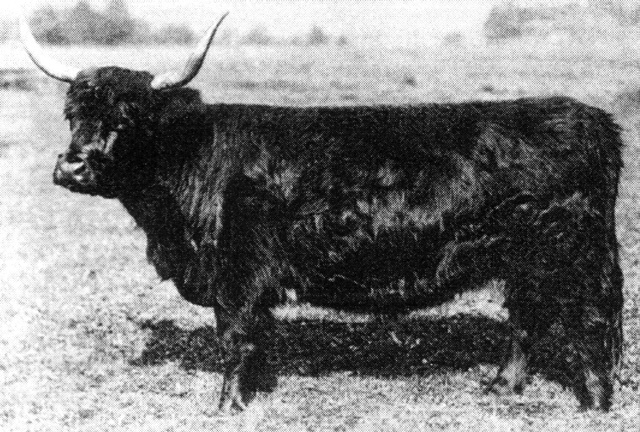 Sgiathach Dubh of Ardtornish (1251) bred by James Duncan of Benmore.
The property of T Valentine Smith of Ardtornish. A typical example of the Sgiathach family born in 1886.

The Dam’s side of Victor’s XXII (1600) pedigree is Bochastle breeding through and through with just a touch of Balranald and Camuserich for good measure. But the major influence must surely be the Sgiathach female line. His Dam the black Sgiathach XXII (4229) was placed 1st at the Highland Show in 1889 as a two year old heifer, and traces back to the dun Bochastle bred cow Sgiathach (162) who’s sire was the Atholl bred bull Glentilt born in 1865, Sgiathach’s XXII (4229) sire. 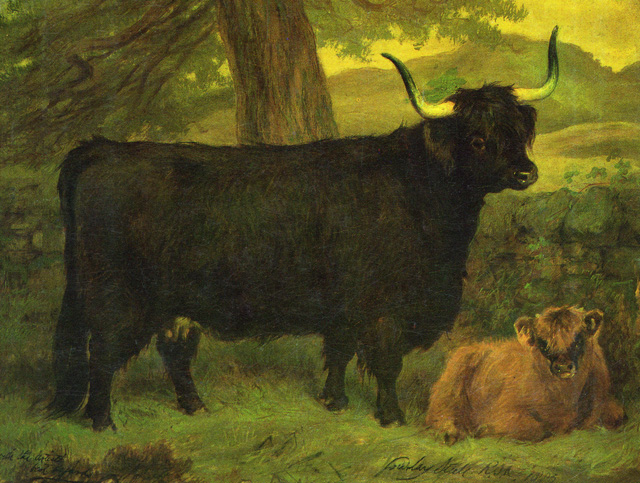 Proisag Dubh (783) and her bull calf Black Prince (45) Highland Show Champion 1882 and 1885.
Bred by John Stewart of Bochastle, a founder member of the Highland Cattle Society

An Gaisgeah (971) bred by M.E. McRae, Kinbeachie Mains, Conon won first prize at the Highland Show as a yearling in 1891 and the following year as a two year old. He was a son of Black Prince (45) who was featured along with his mother Proisag Dhubh (783) in the magnificent portrait by Gourlay Steell R.S.A., 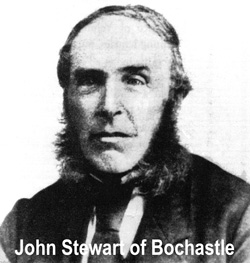 commissioned by their breeder Mr. John Stewart of Bochastle. Prosaig Dhubh had an outstanding show career; her Highland Show awards are as follows:

This pedigree is textbook example of the care and precise attention to the characteristics and trait of each of the particular breeding lines that the breeders used over hundred years ago. Blending the scale and substance of the Atholl stock with the character and graceful appearance of Bochastle breeding.